Among the more than 600,000 Rohingya people who fled Myanmar in 2017, a relative few have come to faith in Christ while living in refugee camps in Bangladesh. These believers are now facing persecution in the predominantly Muslim camps. On May 10, a group of extremists beat and stabbed a 14-year-old Christian boy, and two days later a mob attacked 10 homes of believers in a part of the camp where the boy’s family lives.

Later, the extremists kidnapped the 14-year-old boy, along with a 4-year-old boy. Though the boys were able to escape and return to their families within 24 hours, the teenager said the extremists forced him to recite Islamic creeds and told him he would have to join them on religious trips for several months. Pray for these relatively new believers who are facing persecution inside the refugee camps. Pray that the 14-year-old will remain firm in his faith, and pray for the protection of all Christians in the camps. 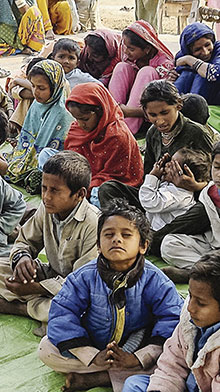